Ryan gazes through his unique, white-rimmed glasses out over the frozen soccer field at his high school alma mater in Cassopolis, MI, just minutes away from the Indiana state-line. Today's practice will be indoors, although Ryan has a proclivity for cold weather. “It's better for me when it's cold,” he explains. His feet crunch through the crust of snow as he traverses the field with nothing more than sneakers and an insulated hoodie. “Living in the arctic wouldn't be too bad.” He returns regularly to the high school now for a different reason, it’s where he works, to coach a new generation of soccer players—on and off the field.

His involvement with coaching youth is less motivated by a love for the sport than his commitment as a mentor, guiding his players through the roller coaster of adolescence. “In general, coaches care about players’ home-lives, but not as much as I do.” Ryan is never hesitant to pick up the phone when one of his players calls to talk, and invites them to drop by his house when needed. “I tell them, ‘you know where I live, just come find me.’” And they do.

I don't believe in kicking someone when they're down. If you’re down, I'll help you up, and if I can't, I'm gonna drop down to the ground and stay there with you.” 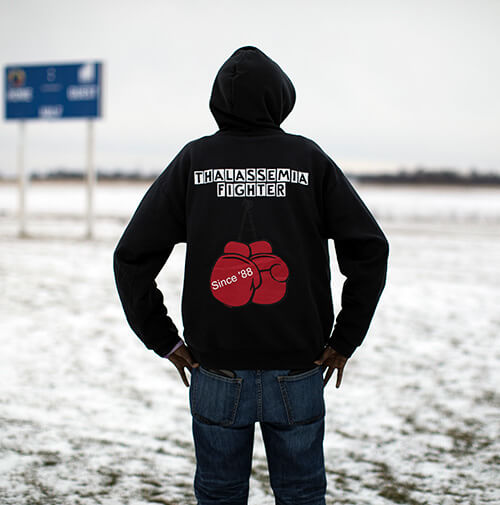 Arriving three weeks early, Ryan was born precisely at midnight—the start of a fortuitous day. A few hours later, on the same floor, delivered by the same nurses, was another child, Cris, who would be inextricably tied to Ryan from that day on. “Cris and I were both supposed to be Christmas babies, but we decided to come early… We were best friends from day one,” says Ryan. Ryan's condition wasn't discovered until a few days before his second birthday. “Genetics was not my friend,” he quips. Both his parents had anemic traits, meaning Ryan's beta thalassemia was on the “major” spectrum. In another one-in-100,000 chance, Cris was also born with beta thalassemia major.  “It was pure coincidence,” reflects Ryan with a grin. In more ways than one, the two formed a lasting camaraderie.

Adding to the coincidence, two more births took place that very same day, in the same hospital, that would forever change Ryan’s life. Sabrina, who later married Cris, and Blair shared this birthday and the two became adopted sisters (Blair was adopted into Sabrina’s family). The four birth mates bonded and never lost touch. “We literally grew up together since day one and the chemistry was always there,” says Ryan. “Something was in the stars for us… we always were together.”

The four friends grew to spend much of their formative years side-by-side. Born to a busy single mom, Ryan regularly received support from friends, especially Cris’s family. Cris and Ryan shared an inseparable bond through their beta thalassemia, often scheduling their blood transfusions at the same time. “It was a blast,” says Ryan, recalling their various antics. When the hospital staff wasn’t paying attention, he and Cris would move their beds into the same room. They would play video games, inviting more friends to join into what sometimes became a rambunctious scene among the life-saving equipment.

Despite the close bond with his birth mates, Ryan suffered immensely at the hands of bullies and was a social outcast as a teenager. “I try my best to make people feel that they're not alone because I know what it's like to be alone,” says Ryan. “There was a long period of my life—from middle school into high school—that I was very alone.” In an attempt to find new friends, Ryan started opening up about having beta thalassemia. “Ultimately, that got me beat up even more. But then, some really good friends of mine took it upon themselves to keep me from getting beat up.” With help from a few members of the football team, Ryan was able to find safe passage in the previously dangerous hallways of his high school. “I was never in the hallways alone after that.”

Despite his smaller physical stature, Ryan enjoyed playing sports, engaging in elaborate paintball battles with friends, and maintained a brazen urge for tomfoolery, most of which took place with Cris, Sabrina and Blair. The memories he still holds dearest are with them, such as Cris and Sabrina’s wedding day shortly after High School and their yearly birthday hangouts. “I was best man for Cris's wedding,” he recalls proudly. Cris and Sabrina fell in love and married a year out of high school. 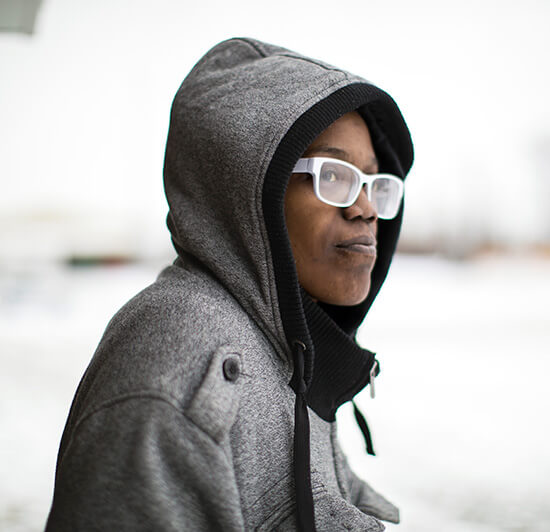 Unfortunately, tragedy came abruptly, robbing Ryan of his closest companions. “Cris and Sabrina got in a car accident a few years after high school.”  A couple of years after Cris and Sabrina’s accident, Blair also died in an auto accident. By his mid-20s, Ryan’s “December-Dreamz” clique—with him from day one—had all deceased. “Out of the four of us, I'm the only one left,” he says. After a period of mourning, finding new support systems and new friends became a necessity for his continued survival.

Coincidence remains a constant in Ryan's life. He is full of amazing stories and overcomes unlikely scenarios on an almost daily basis thanks to his own tact for self-preservation. This understanding starts internally. Listening to his body has remained crucial to responding to the challenges of his condition. “My body gives me a signal. I'll become jaundiced and tired—different aches and pains than what I normally experience. It's a really hard thing to explain. Like you know when you're coming down with the common cold, I just know when I have a lack of blood and need an infusion.”

Winter weather, despite his amiable relation to it, can prove dangerous at times. Recently Ryan had a health scare exacerbated by a snowstorm. A blizzard hit Michigan and resulted in a travel ban, but Ryan needed a transfusion badly. “I wasn’t sure how I was going to live another day. My hemoglobin had dropped below my usual place and my body was feeling it.” Ryan posted his predicament on his Facebook page, desperately in need of transit to the hospital. A community member saw his post, disregarded the travel ban, and navigated the snowy roads to get Ryan to the hospital. “I’m thankful that I live in a small town with less than 2000 people; people know me and, even though they don’t understand my illness, they make an effort to attempt too.”

Spending years involved in multiple thalassemia organizations, meeting others in dire straits and saying goodbye to many loved ones whose time always seems to come too soon,  has helped Ryan develop his candid and benevolent demeanor. “I accept everybody,” he proclaims. “It's all love.” Through each life challenge—living with thalassemia, navigating relationships in his rural community, transitioning to adulthood—Ryan strives to be a model of kindness and sympathy. “I live by this statement: You gotta give people hugs, because you don't know the last time they were hugged or the next time you’ll have the opportunity to hug them.”

Ryan's well-developed community ties and his own selflessness will continue to be his lifeline. In the years since losing his childhood best friends, he has developed a knack for making new ones, while still keeping their memory alive in his heart. Despite the unexpected and the tragic, Ryan's unwavering determination and will to survive is an inspiration to all that know him. “Cris would tell me, ‘You're going to be someone who changes the world. You're gonna be that person who starts the domino effect.’”